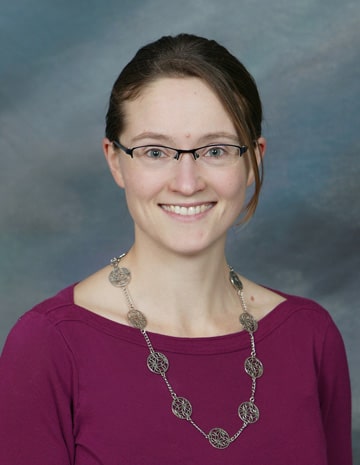 Britta Patterson grew up in Rochester MN. She graduated from Winona State University with a BA in Movement Science in 2008. She then received her Doctorate in Physical Therapy from Mayo School of Health Sciences in 2011. Britta completed six rotations, four of which were focused on outpatient orthopedics and rural healthcare. Britta is passionate about education and enabling people to help them recover. Her special interests are working with pediatrics, women’s health, and orthopedics.

Britta lives in Alexandria with her husband and two sons.  She enjoys being outside with her family, exercising, and baking bread. Britta joined Douglas County Hospital in 2012.